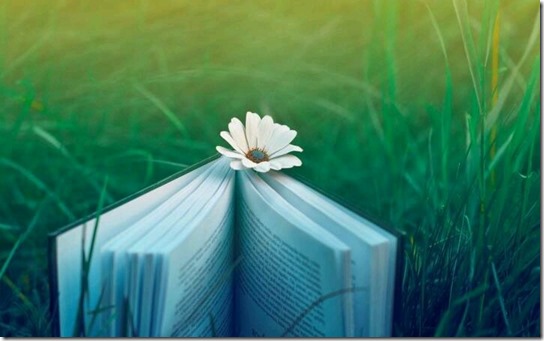 Well. Hmmph. So, here’s the thing. I’m almost embarrassed to share with you my reading exploits for April, particularly after comparing them to those of March of this year. You see, in March I read twenty-two books. Par for the course, for me. This month, however, I will be lucky to have read nine novels by the end of the month. Now, no less than five of those novels were 1,000+ pages long, which may be somewhat of an excuse, but not entirely enough of one. Granted, there has been some upheaval in the Pathologically Literate household in April – The Boy was in the hospital for a week with Pancreatitis, Poppie was sick with Strep Throat, and there were umpteen appointments to attend to related to these occurrences – however, I’m still not sure quite how this slowed my reading down by over half. I’ll be curious to see how things go in May (reading-related things, that is) so I have one more month to compare to these last two.

In the meantime… The last book that I read in March was one that had been on my TBR list for ages, and strongly influenced my reading list for April, which is why I’m mentioning it now. Y’all, I finally read Outlander by Diana Gabaldon, and it was everything it was promised to be! I loved it so much and immediately moved on with the series (as I am wont to do when I find an author/book series I admire). Thus, my book list for April:

Now do you see what I mean? Diana Gabaldon up the a**! And while I’ve mostly enjoyed it, I am finding that the series is getting a little more out there and a bit less exciting as it moves on. Hopefully that will change with A Breath of Snow and Ashes, book six in the series, which I have just begun. The Murder of Mary Russell is a novel I had been eagerly awaiting – love me some Sherlock & Mary!! – and while it was refreshingly different from past novels, it didn’t have the Wow Factor I’d been hoping for. Alas, not much has held that Wow Factor for me lately; I don’t know if I’ve become harder to please or if people just aren’t writing as well anymore…

Depending on how quickly I get through A Breath of Snow and Ashes, I may have time before month’s end for one more book. If so, I’ll include it in May’s round-up. Until then, y’all, take care and don’t forget to get your Read on!

I can’t wait to hear what you’ve been reading this month! Please share in the comments below!