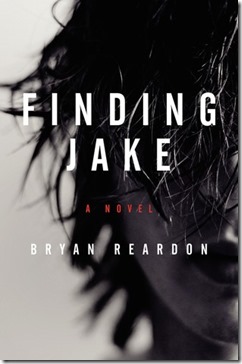 “A heart-wrenching yet ultimately uplifting story of psychological suspense in which a parent is forced to confront what he does—and does not—know about his teenage son, in the vein of Reconstructing Amelia, Defending Jacob, and We Need to Talk about Kevin.

While his successful wife goes off to her law office each day, Simon Connolly takes care of their kids, Jake and Laney. Now that they are in high school, the angst-ridden father should feel more relaxed, but he doesn’t. He’s seen the statistics, read the headlines. And now, his darkest fear is coming true. There has been a shooting at school.
Simon races to the rendezvous point, where he’s forced to wait. Do they know who did it? How many victims were there? Why did this happen? One by one, parents are led out of the room to reunite with their children. Their numbers dwindle, until Simon is alone.

As his worst nightmare unfolds, and Jake is the only child missing, Simon begins to obsess over the past, searching for answers, for hope, for the memory of the boy he raised, for mistakes he must have made, for the reason everything came to this. Where is Jake? What happened in those final moments? Is it possible he doesn’t really know his son? Or he knows him better than he thought?

Brilliantly paced, Finding Jake explores these questions in a tense and emotionally wrenching narrative. Harrowing and heartbreaking, surprisingly healing and redemptive, Finding Jake is a story of faith and conviction, strength, courage, and love that will leave readers questioning their own lives, and those they think they know.” – Goodreads

Author Bryan Reardon’s debut novel, Finding Jake, has been compared relentlessly to We Need to Talk About Kevin by Lionel Shriver. Um… no. Well, I suppose there is a school shooting in both novels. OK, let’s say that Finding Jake is WNTTAK Light. Yes! It’s We Need to Talk About Kevin without the Butter! [If you don’t know what I’m talking about there, you’re on your own. Go read Shriver’s novel.] In all seriousness, I did enjoy Finding Jake much more than I did Shriver’s work. Here’s why.

While it is true that a school shooting does take place, Finding Jake does not necessarily center around it. There are actually three elements to this tale. Obviously, there is the mystery surrounding what exactly occurred at the school; there is the parent/child relationship; and there is the way the world reacts to those who are considered “different.”  Additionally, Reardon spends a healthy amount of time examining traditional sex roles in our society and what it can mean for individuals and families who do not follow the “norm.”

Narrated by Jake’s father, Simon, each chapter in the novel alternates between the present day beginning just after the shooting, and various points throughout Jake’s childhood and adolescence. Readers watch Simon’s journey as a stay-at-home father from the beginning and witness his discomfort among the neighborhood stay-at-home mothers, his doubts about himself as a father, and his longing for his former life outside of the home. Similarly, he examines Jake’s behavior and his differences from other children – his preference to be alone rather than with a group of friends, paying close attention to his friendships with other boys (one in particular of whom he disapproves). After the shooting, we witness the search for Jake and the doubt about his son that blossoms in Simon’s mind – doubts about himself as a father, as well. Reardon doesn’t focus so much on the tragedy at the school as he does the aftermath as it affects Simon and his family, its effects on the community, and actually following the trail of the mystery.

I spent my time reading Finding Jake going back and forth between being slightly bored, and utterly captivated. The vignettes from Jake’s childhood moved slowly and weren’t particularly appealing to me. The present-day vignettes were fast-paced and absolutely shattering. As the tale progressed, both sides moved closer and closer together, holding me rapt until the final, heartbreaking end. Yes, that’s right – this is most definitely not a feel-good book, folks. No warm fuzzies here, so if that’s what you’re looking for, move on. For the rest of you, grab this up at the earliest chance and get your read on, y’all!