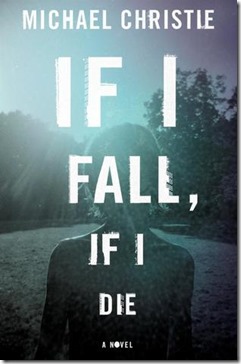 “A heartfelt and wondrous debut, by a supremely gifted and exciting new voice in fiction.

Will has never been to the outside, at least not since he can remember. And he has certainly never gotten to know anyone other than his mother, a fiercely loving yet wildly eccentric agoraphobe who drowns in panic at the thought of opening the front door. Their little world comprises only the rooms in their home, each named for various exotic locales and filled with Will’s art projects.

Soon the confines of his world close in on Will. Despite his mother’s protestations, Will ventures outside clad in a protective helmet and braces himself for danger. He eventually meets and befriends Jonah, a quiet boy who introduces Will to skateboarding. Will welcomes his new world with enthusiasm, his fears fading and his body hardening with each new bump, scrape, and fall. But life quickly gets complicated.

When a local boy goes missing, Will and Jonah want to uncover what happened. They embark on an extraordinary adventure that pulls Will far from the confines of his closed-off world and into the throes of early adulthood and the dangers that everyday life offers. If I Fall, if I Die is a remarkable debut full of dazzling prose, unforgettable characters, and a poignant and heartfelt depiction of coming of age.” – Goodreads

If I Fall, If I Die by Michael Christie is an exceptional novel.

When I learned this tale included an agoraphobic single mother and her tween son, I instantly felt a spark of connection and made haste to delve into its depths. Narrated alternately from Diane’s (the mother) and Will’s (the son) points of view, readers are given a full view of the family dynamics – or should I say family dysfunction – that take place in the Cardiel home. At times heartbreaking, and often humorous, Christie allows us to follow Will as he journeys from his den of overprotection (Inside) to learn and explore the vast and unknown Outside.

Added to Christie’s tale of mental illness, and a boy’s search for freedom and independence, is a mystery. I’m not sure what the purpose of its inclusion in this novel was; it did not add to the main story in any real way – in fact, in my opinion, it almost took away from it. Oh, it was a nice little mystery, I’ll give you that, but it would have done well in another novel, another day and time. Fortunately, its presence did not detract from the shining gem of Diane and Will’s main storyline.

Christie proved to be both knowledgeable and sympathetic when writing about Diane and her agoraphobia. He allowed us to truly see through Will’s eyes as he ventured into the Outside for the first few times, and he did so brilliantly. If this is the work he presents with a debut novel, then I am definitely anxious to see what Christie will bring us next. Go and get you some, y’all.

If I Fall, If I Die by Michael Christie: Read it today!