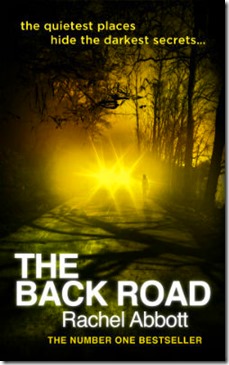 When a young girl, Abbie Campbell, is knocked over and left for dead on the back road of the village of Little Melham, waves of shock ripple through the small community and a chain of events, which threatens to expose long-kept secrets, is triggered.

For Ellie Saunders, the truth about that night puts both her marriage and the safety of her children in jeopardy–she has to protect her family, no matter what the cost. And Ellie isn’t the only one with something to hide. She and her sister Leo believe they have put their troubled childhood behind them, but Leo’s quest for the truth reveals a terrible secret that has lain hidden for years.

Ellie’s neighbour, former detective Tom Douglas, has escaped to Little Melham in search of a quiet life, but finds himself drawn into the web of deceit as his every instinct tells him that what happened to young Abbie was far more than a tragic accident.

In this gripping novel, the peaceful English countryside belies the horrible truths that lurk beneath the trimmed hedgerows, behind the closed doors of smart sitting rooms and within unspoken conversations.” – Publisher Summary

The Back Road by Rachel Abbott starts off by seizing the reader’s interest right away and attempting to hold it there indefinitely – which is where it ultimately fails. I hate to start off a review with the negative points, but there it is. There is just way too much going on in this novel – Abbott had many great character and plot ideas; perhaps she should have divided those ideas into a couple of unrelated novels so as not to clutter this one up with so much confusing action.

In our first scene, two little girls are hiding in a closet while their mother and a strange man go at it. Flash to the future, where teenager Abbie has been discovered half-dead on the side of – wait for it – The Back Road. Abbie is hanging on for dear life in the hospital while the villagers gasp around and wonder who could have done this heinous thing.

Ellie and her group of extremely dysfunctional friends are at their wits end, trying to solve this mystery. Everyone is looking at each other with beady, suspicious little eyes, because each one of them has secrets they are hiding and thus assumes that one of the group is hiding the biggest one of all – that they nearly killed Abbie. Oh, yes – and Ellie is being stalked, too. Why is this part of the book? I don’t know. Where does it fit in? Don’t know. Is it relevant at all? Nope.

What Abbott did do very, very well here was to keep the reader guessing. There are so many twists and turns in this novel that I didn’t know which way was up by the end. As soon as I thought I had figured out the villain, Abbott would offer up another character to put in his place. I truly was kept guessing until the end (about most things) and that is not something I can often say. Well played, Rachel, well played.

I personally would not choose to read this book a second time. I was mostly highly annoyed the entire time I was reading it, to be completely honest. However, if you are looking for a mystery novel that will keep you on your toes and guessing until the very end – you are looking in the right place.

The Back Road by Rachel Abbott. Buy it, read it, love it.

2 thoughts on “Review: The Back Road by Rachel Abbott”